Unsigned in 2020: The Curious Case of Shamir Bogues

In order to win at the college level, top-notch recruiting is a must. It’s not easy for coaching staffs to narrow down prospects that are the best fit for their program, as evidenced by the record-number of players on the move in this year’s NCAA transfer portal.

Since the inception of college basketball, recruiting has been an inexact science. Every year - like clockwork - a handful of prospects are under-recruited and consequently don’t get the interest and offers from colleges that they deserve. While this is no doubt a bummer for those players, ultimately, the coaching staffs are the biggest victims, as they missed out on talent that could have helped them win more games.

This stigma can occur due to a number of reasons, and is often the result of a questionable academic situation or a lack of national notoriety from scouting pundits.

Other times, schools will be hesitant to be the first to extend a scholarship offer, as most coaches seek validation in the recruiting world from their coaching peers. 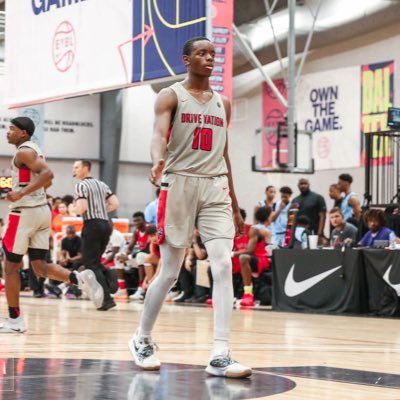 Then, there are the rare times when the entire college basketball world takes a swing and a miss on a recruit, despite having loads of evidence at their disposal indicating they should be hitting a home run.

Meet Shamir Bogues, a left-handed combo guard fresh off being named to the Texas UIL 6A All-State Team after a standout senior season.

Bogues falls into that last category of reasons why coaches whiff on recruits, and his case is extra-perplexing - one glance at his current resume proves why.

Bogues, who hails from Killeen, Texas, carried that momentum into his senior year, leading Ellison High School to a 35-5 record while earning the Texas Association of Basketball Coaches (TABC) All-Region honors. Bogues was named the 12-6A All-District Most Valuable Player, beating out 5-star prospect & Texas’ top-ranked player Greg Brown III.

Simply put, Bogues has been playing some really, really good basketball and has established himself as one of the best prospects in Texas’ 2020 graduating class. Usually, this type of on-court play results in a lot of noise from college coaches, yet, for Bogues, it has been eerily quiet. 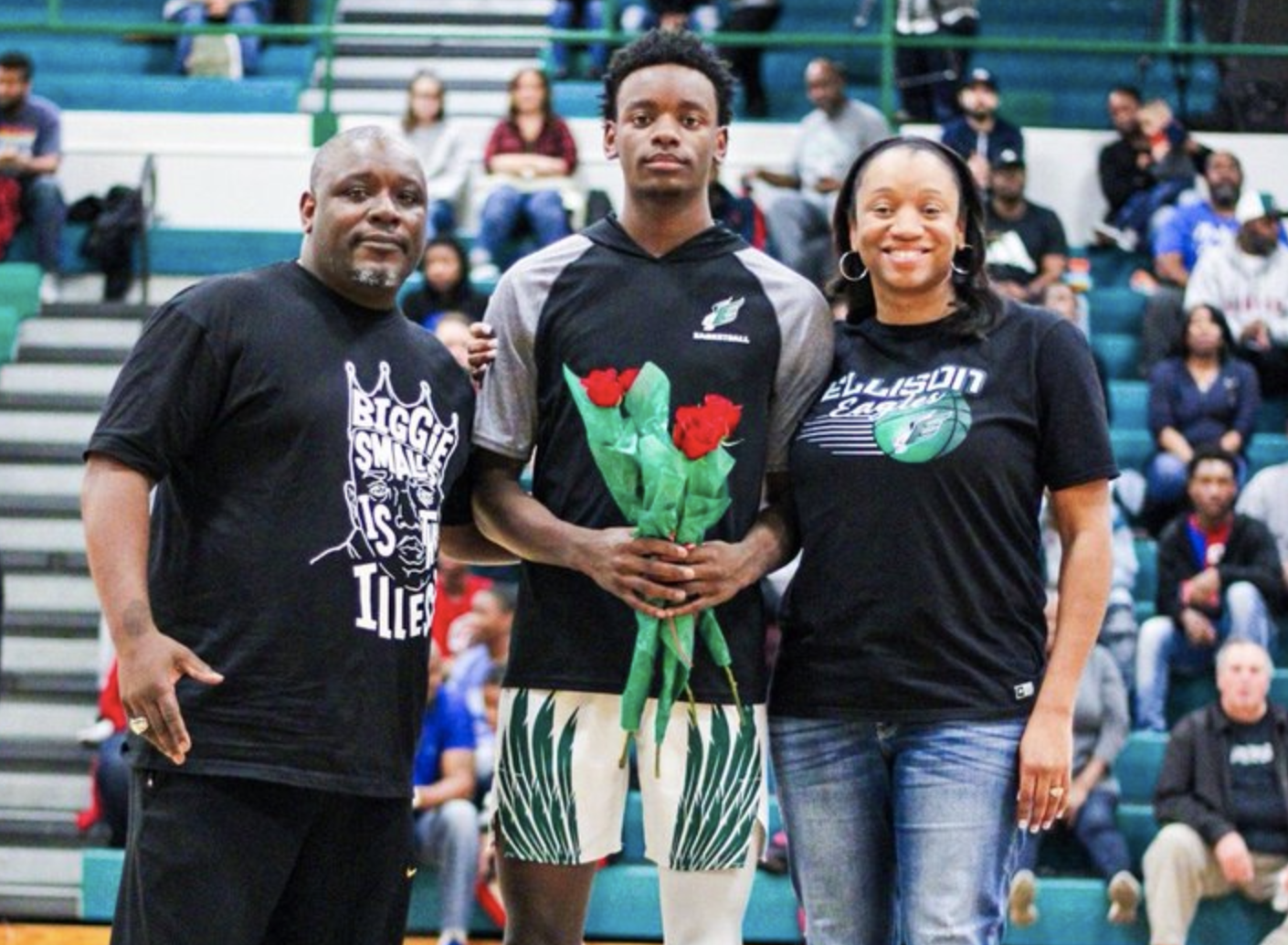 Despite the accomplishments and growth he has shown over the past year, along with being a full qualifier, Bogues has only received three scholarship offers, all from local schools; University of the Incarnate Word, Texas A&M Commerce and Steven F. Austin (SFA).

Confused yet? You’re not alone.

“I can’t tell you,” said Bogues’ high school head coach Alberto Jones when asked why more schools haven’t pursued his star player. “I’ve had a few coaches call me about him over the years, so they’ve shown interest, but not many of them have pulled the trigger and I’m not sure why.”

Bogues’ older brother Shannon, who also played for Jones at Ellison, transferred to SFA after playing two seasons at McLennan Community College. The elder Bogues excelled after the transfer, averaging 17.9 points per game his senior year while becoming one of the most prolific scorers in Lumberjack history. Bogues made his mark in the history books, setting the NCAA Division I record for consecutive games with 10+ points at 31.

According to Shamir, because Shannon excelled at SFA, there is a notion among college coaches that signing with his local school is a done deal.

“Schools aren’t looking at me because they think since my brother went to SFA, and I got an offer from SFA, they assume that I am going to the same school.”

Is there any accuracy to that line-of-thinking? Bogues answered matter-of-factly.

Jones confirmed Bogues’ theory, referencing a conversation he had with a coach calling to inquire about Bogues.

The assumption that Shamir will follow in his older brothers’ footsteps is causing programs to overlook the recruitable talent that is staring them right in the face. Unlike his brother, Shamir is ready to roll as an incoming freshman. While his brother improved exponentially at the college level, Shamir’s overall game is more refined than Shannon’s was at this point in his career.

According to Jones, Shannon was the prettier player in terms of making plays that had the crowd ‘oohing and ahhing.’ However, he said that while both brothers were athletic players that had a knack for scoring, Shamir played much harder - especially on the defensive side of the ball.

“After Shannon graduated his counselor told me Shamir’s going to be better than Shannon and I said no way, not possible,” said Jones. “But if you look at both of their bodies of work in high school, without a doubt Shamir had a better high school career.”

Offensively, Bogues can put up points in a hurry. His ability to penetrate makes it hard for defenders to keep him out of the lane where he’s super efficient finishing at the rim.

“He reminds me a lot of Rajon Rondo, because of his ability to direct and take control of the offense and defend as a point guard,” said O’Neal, a former first round draft pick and 17-year NBA veteran. “He is a floor general that will make a coach’s job easier at the next level, as long as he continues to work hard.”

Bogues shot just over 40% from the field, averaging 10.5 points, 3.9 rebounds and 2.9 assists per game for Drive Nation last spring, which isn’t a small feat when playing against the country’s top talent. Most players in the EYBL with similar statistical averages already know where they’ll be attending school next fall. There are only a handful of unsigned seniors with similar EYBL production to Bogues’, and it would be fair to argue that Bogues’ talent ranks among the top of that list.

“(Bogues) was the reason Drive Nation was competitive in the back half of last season,” said The Circuit’s Alec Kinsky, who’s in his eighth year covering the EYBL. “He joined their roster after the first two sessions and their whole season turned around. 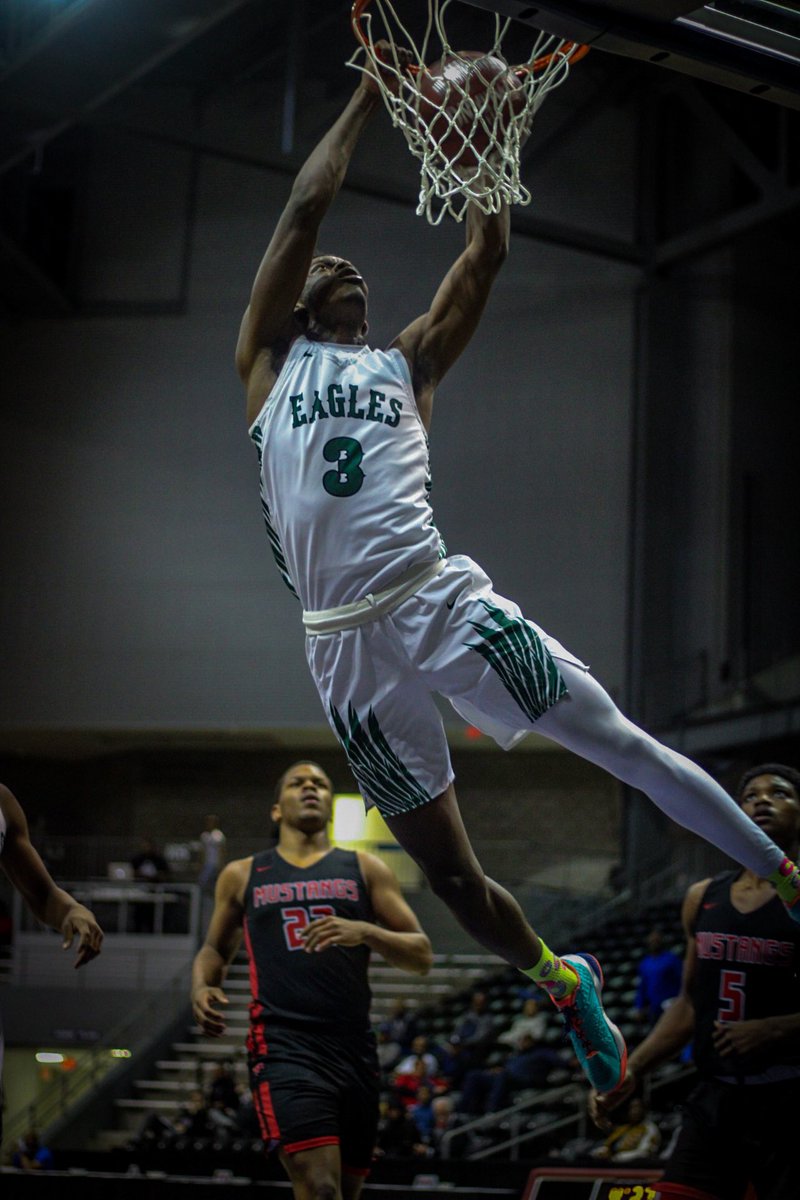 The numbers back up that notion, as Bogues led Drive Nation to five wins in their final seven games, Bogues scored in double-figures five times over that stretch, including a 16-point, 7-assist, 4-rebound performance against the PSA Cardinals, a Peach Jam contender with an All-Division I backcourt.

“The best part was being around so many guys that were ranked,” said Bogues. “Actually playing against them helped me get better defensively and it built my confidence up.” 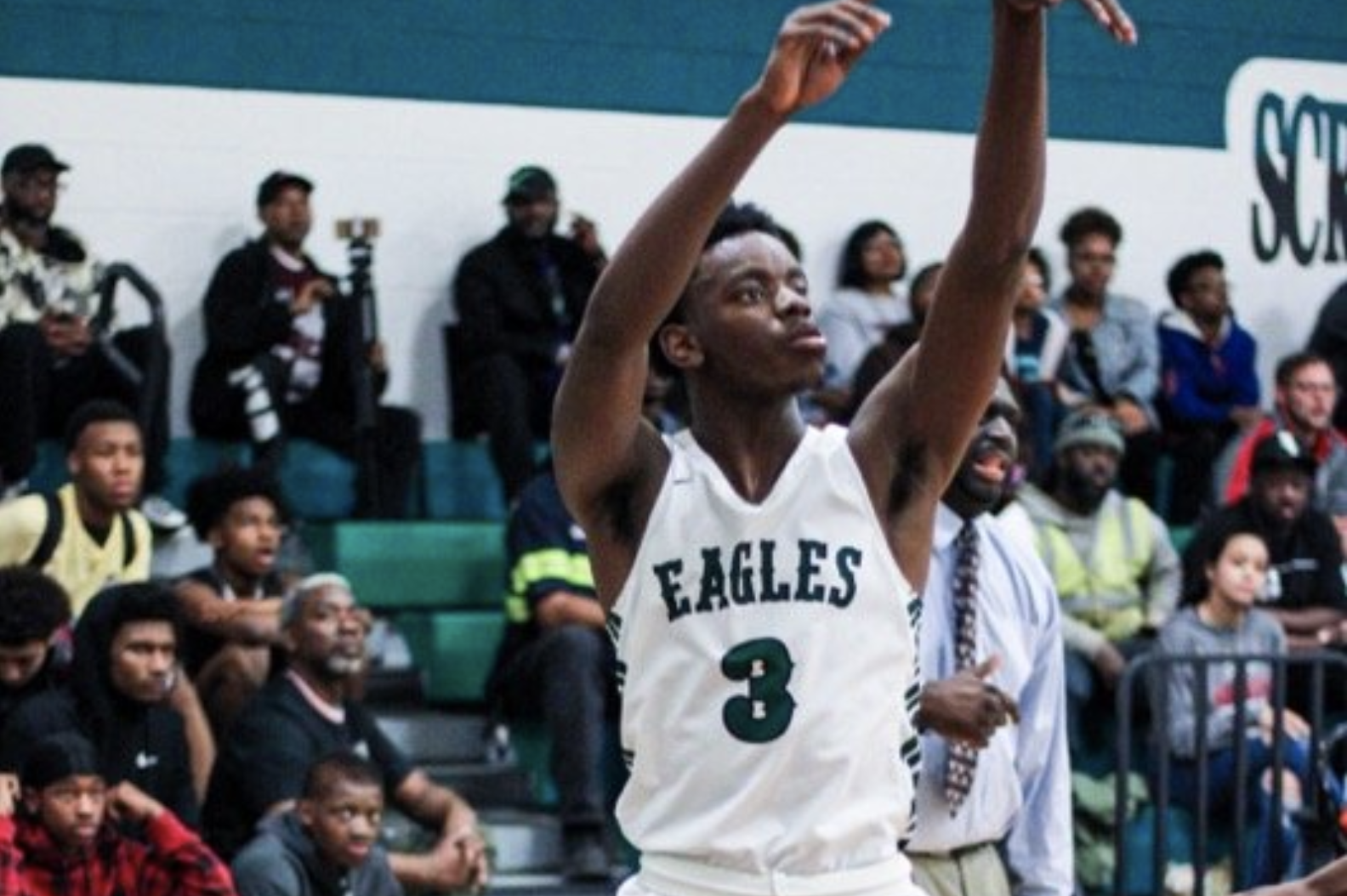 “He loves defense and not too many kids these days, especially with the AAU stuff, love defense,” said Jones. “We literally put him on the other team’s best player.”

In the first round of the high school playoffs, Bogues guarded 6-foot-7 Kameron Pruitt from Rockwall-Heath. In the second round, he guarded a 5-foot-8 Obi Onyia from Sachse. He did all of that while tying for the team lead in scoring, fully proving his ability to excel on both sides of the ball.

“I like to defend, because defense leads to offense, and that’s how you win games,” said Bogues.

While the boxscore tells the story of Bogues’ on-court value, it’s his character and the respect he has for the game that stands out to his longtime high school coach.

“First and foremost, he’s a great kid,” said Jones. “I think that’s always something important when people look for good kids to recruit that aren’t going to embarrass them, so that’s number one."

“And two, his motor. He plays extremely hard. In three years of coaching him on varsity I don’t think I ever told Shamir, ‘hey, you’re not playing hard.’”

“Shamir is a coach’s dream,” said O’Neal. “He has attributes that you don't see a lot of in today's amateur athletes. He works incredibly hard, is super coachable and does things wholeheartedly without complaints.”

“Who knows,” Kinsky said. “Don’t get me wrong, Stephen F. Austin is a terrific school, but just because his brother is an alumni shouldn’t deter other schools from recruiting him."

“More than anything, it’s a shame that his play hasn’t been validated.”

Attention has started to come from national pundits. National NBA and college basketball analyst Rashad Phillips is familiar with Shannon, and came away impressed after diving into Shamir's footage.

"(Shamir) is a supreme slasher with good athletic bounce, great anticipation on the defensive side of the ball and plays with a lot of confidence in his game," said Phillips. "This kid could be a steal for a college coach."

Whatever the reason may be for the lack of offers, Bogues has a simple message for any coach willing to get on the other end of that line.

This is the most impressive thing I’ve seen tonight #hawkeyes https://t.co/lInW2XMBhb

@JustinWBrantley @MEdwardsBball It’s almost if he’s seen this a hundred times before.

@TheTB5Reports @drew2saint My favorite show ever. No close second. Enjoy it man.

@TeamPowerHoops AAU has their own set of rules. Not every grassroots basketball club is an AAU team. It’s a tissue/… https://t.co/fLwUvc81rs

My son and I have the same vertical 🤏🏾 https://t.co/hWtsor80lI

The best dual-sport athletes tend to come from @TheFamily_bball https://t.co/w6hBFcag0n

@McGive_It_To_Me What is this number up to now?