Unsigned in 2020: The Curious Case of Coban Porter

Coban Porter was in sixth grade when he called his family into their living room so he could make an announcement.

“He stood up in front of everybody and said, ‘I just want everybody to know that I decided to stop playing baseball, and just focus on basketball,’” recalls Porter’s mom, Lisa Porter. “He pounded his chest and he's like, ‘it's in my blood.’”

To say that basketball runs in the Porter family blood would be an understatement. 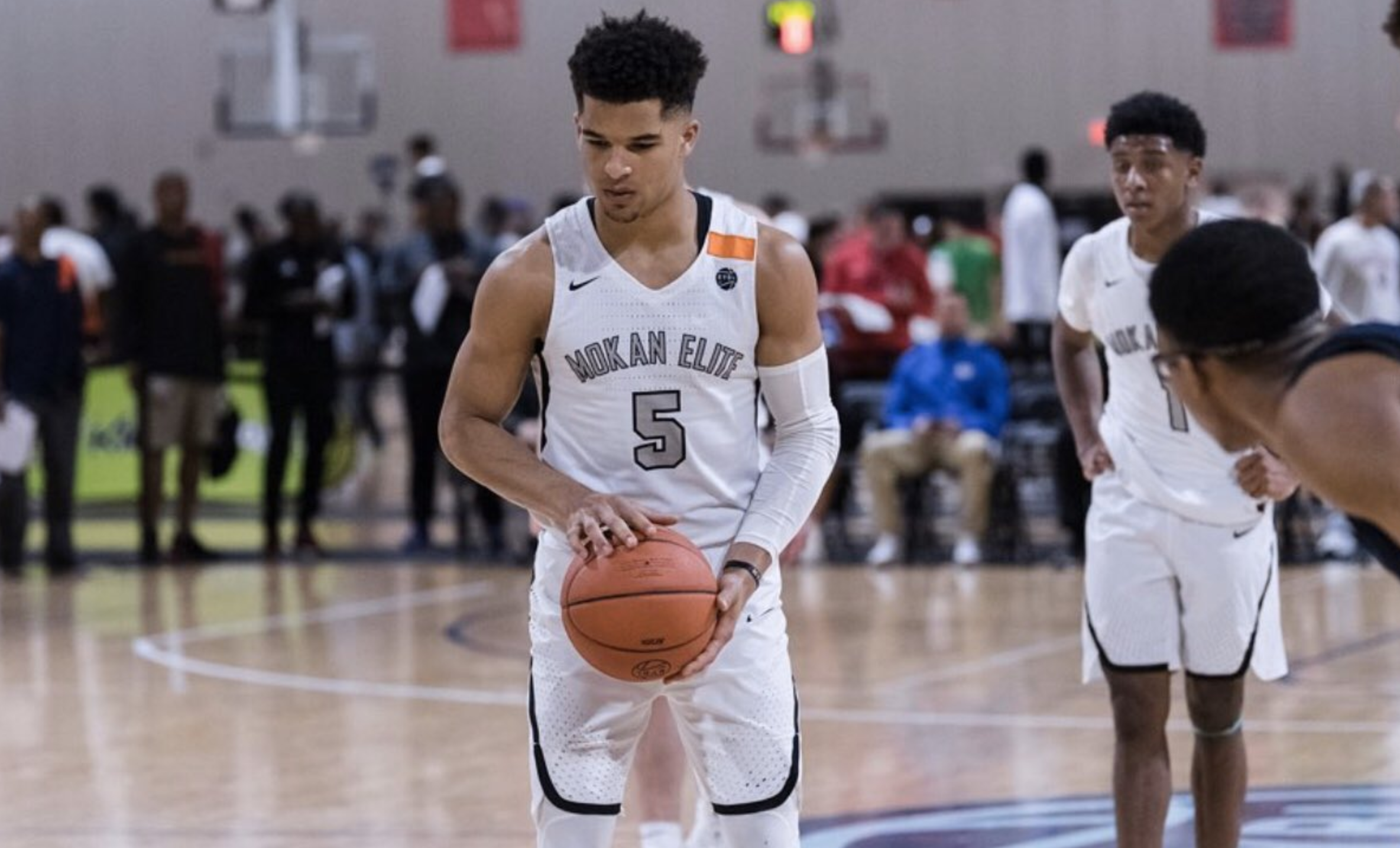 One of eight children, Porter’s four older siblings Bri, Cierra, Michael Jr. and Jontay all played at Mizzou, with a portion of their Tiger careers overlapping. In 2018, Michael Jr. was drafted to the Denver Nuggets with the fourteenth pick and two years later Jontay would sign with the Memphis Grizzlies.

Despite deep ties to the game, the Porters never pushed their kids to play basketball.

“I don't think it was anything that our parents necessarily planned for each and every one of us to play basketball,” said Cierra. “I think it was just something that kind of just started with me and Bri because that's what my parents played and we were the oldest and then it just kind of followed suit.”

Raising eight children, Lisa and Michael Sr. encouraged each child to become their own person and forge their own path.

“It'd be easy for people to look at our family from the outside and think that [playing basketball] was almost a requirement,” said Lisa. “We were so intentional about whatever you want to do, do it, just do it with all your heart. And it doesn’t have to be basketball but it has to be something, like you have to pour yourself into some passion.”

Porter poured himself into the game. He played on his varsity team as a freshman and has been competing with Kansas City-based MOKAN Elite - a Nike Elite Youth Basketball League (EYBL) member - since he was 14. 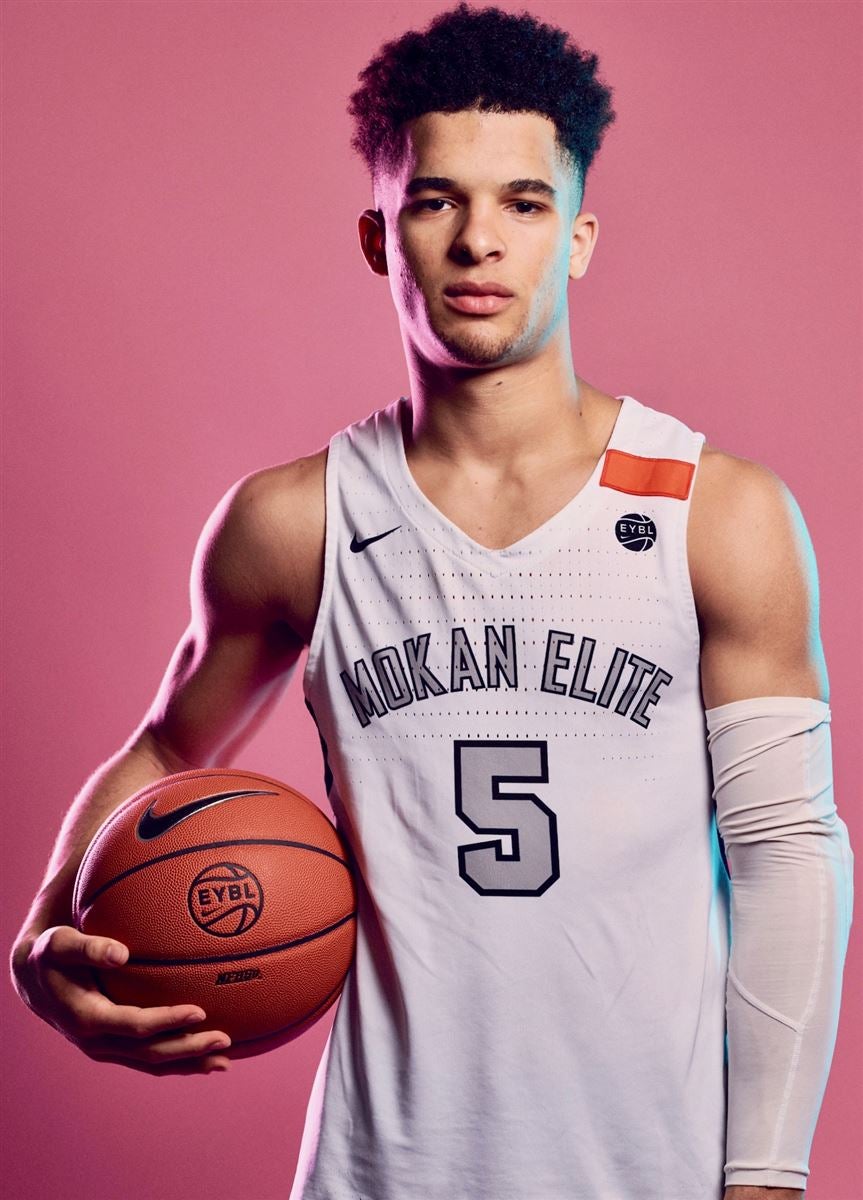 In 2019, Porter led MOKAN to its second Peach Jam title, playing a major role on the top team in the league.

“He’s a great catch and shoot guy,” said MOKAN director Matt Suther. “I think he hit five or six threes in our semifinal Peach Jam game against Houston Hoops and was a big starter on that EYBL team.”

“I'll never forget it,” said Porter. “It was probably the most fun experience I've had playing basketball thus far.”

As much success as Porter has seen on the basketball court, with brothers who are currently on NBA rosters and as the next boy up in the family order, it would be normal for Porter to feel as if he is playing in their shadows or has certain expectations that he needs to live up to.

“It could for a lot of kids I think, just because they think that’s the standard or that’s what the media thinks,” said Jontay. “I’m sure the media has a standard for what the Porter’s should accomplish.”

But Porter isn’t concerned with what the media has to say or the path his older brothers have taken. He has goals and aspirations to play basketball at the next level, yet he’s focused on writing his own individual story.

“I’ve become my own player and my own young man, so I just feel confident in who I am,” said Porter.

Part of that confidence comes from not only being raised in such a large family, but one that prioritizes their faith in God.

“He really has his identity in Christ and like knowing that he is valued, he is loved, he doesn’t have to compete with his older brothers,” said Cierra. “It’s just all coming from the right place and I think that 100 percent has to do with where his faith is at.”

Last fall Porter began his senior season at Tolton Catholic High School in Columbia, Missouri. Averaging just over 13 points and five rebounds per game throughout the majority of the season, college programs began to take interest in the 6-foot-3 combo guard.

But on February 2nd, that all came crashing down when Porter tore his meniscus, ending his season.

“It's been pretty difficult for me just because I've always been playing basketball and this is the first time I've had to take a big break from it,” said Porter. “But I've just been attacking rehab and trying to follow the doctor's orders so I can be back better.”

If his senior season coming to an abrupt halt wasn’t enough, Porter’s injury also ended his opportunity to play on the same team as his younger brother Jevon, something that Lisa said meant so much to both of them. Yet throughout the recovery process, Porter found other ways to grow as a basketball player and a person.

“He was purposeful in being the best teammate he could be in his new role on the bench,” said Lisa. “He was encouraging to his teammates, so supportive of them and just wanted it as much as he did when he was playing.

“It just seemed like that was really a selfless way he handled himself with that team after his injury, just encouraging each one of those guys to be their best. I'd see him at games pulling teammates aside and just giving them a word of advice or encouragement.”

Going from a starter to sitting on the bench isn’t easy for any player, especially for someone with Porter's competitiveness. But his maturity and character, combined with his understanding of God’s larger plan for his life, allowed Porter to look at the situation through a different lens.

“We had big hopes and dreams to win the state championship and that obviously didn't happen,” said Porter. “But I think as time has gone on, I've just started to trust God with it a lot more and just continue to work and I think it'll all work out.”

“He’s not like other kids that are just making short-term instant gratification decisions,” said Cierra. “Everything is with a long-term mentality and like knowing that he has to put in the work to get where he wants to go.”

“He just went through a period of time where he just had to remind himself that his life doesn't revolve around this and that it was allowed to happen for a purpose, and that it doesn't define his future,” said Lisa.

Between his injury and the ongoing coronavirus pandemic, Porter’s recruitment got caught in the eye of a perfect storm. Yet focusing on his long term goal, Porter made this decision to join Link Year Prep in Branson, Mo., to further develop his game with the hopes of being more highly recruited next season.

“Oh yeah, for sure,” said Porter when asked if he’s excited about this next step. “I just want to play again, so wherever that is i’m cool with it.”

According to Suther, there is no doubt that Porter has the ability to play at the next level.

“He is for sure a Division I player,” Suther said, forecasting the future for Porter.

“He’s going to be one of those guys where he’s going to get to college, and people are going to go, ‘man, how did we miss out on this kid?'”

It just a matter of time before Porter finds himself on a Division I roster, and when he does, all the adversity he's gone through over the past year will be worth it.

However, what will be especially worth it is the meeting he called with his family to announce his decision to quit baseball and commit to the sport that was already in his blood.

RT @TheSeasonTicket: The No. 1 player in the class of 2020, @CadeCunningham_ joins us to recap his @NikeEYB career, final season at @MVABas…

Munch Williams sits down and drops some gems on #TheShortCircuit Take notes youngsters in the grassroots game, Wi… https://t.co/K2BLgZlm9v

#BlackLivesMatter isn't an opinion. It is a factual statement. Let's be real though: they MORE than matter. Blac… https://t.co/l4vYKZN2mV