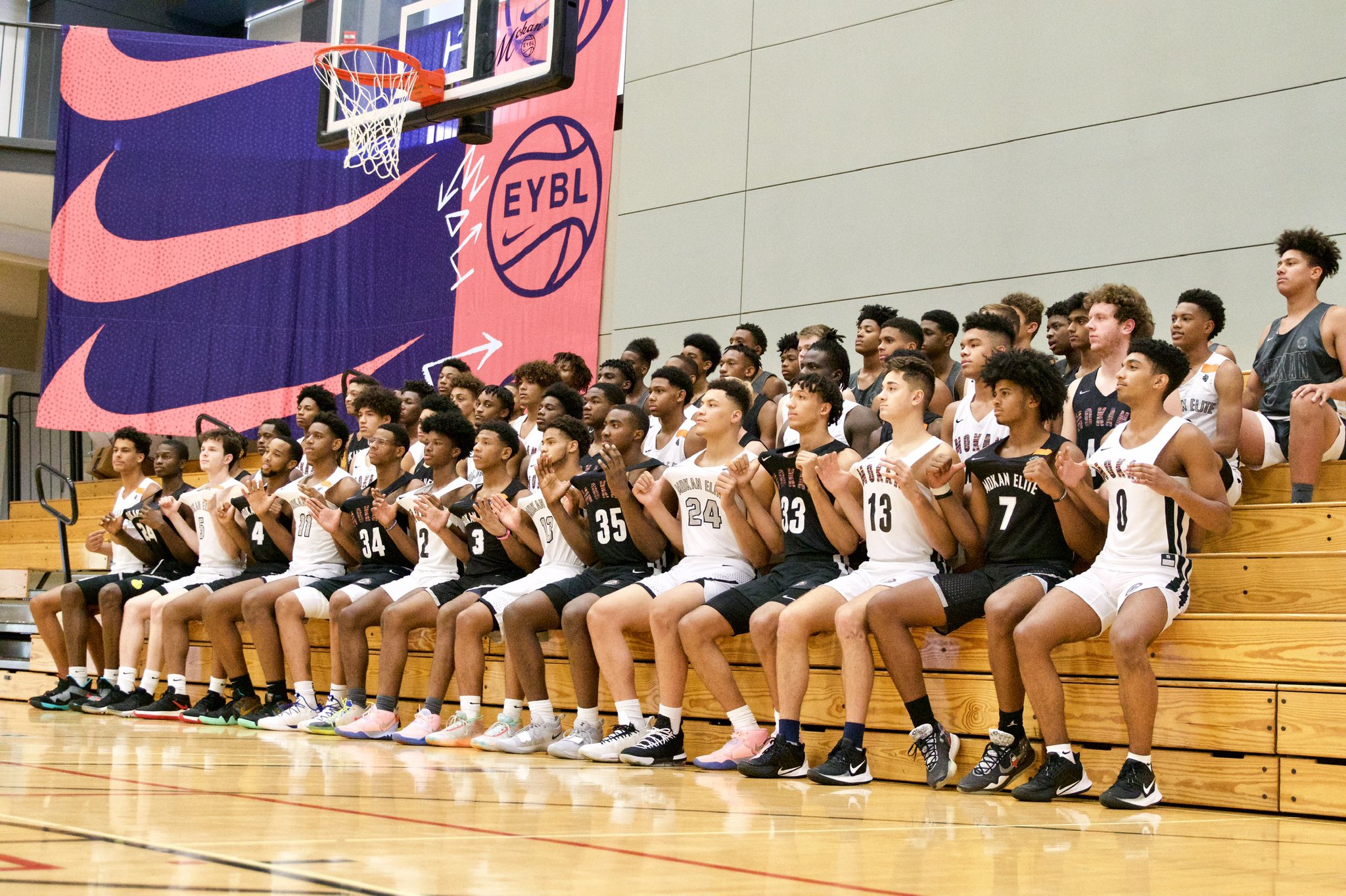 The grassroots basketball landscape has seen the ‘bar’ raised several times in the last decade.

The most pivotal acceleration of the status quo was the inception of the Nike EYBL in 2010. The EYBL raised the bar from a structure standpoint in grassroots basketball, and did a number of things to push grassroots basketball forward - highlighted by the fact that there was finally a place to see the major recruits in one spot.

Fast forward ten years, and the EYBL has developed numerous powerhouse programs across the country.

Now, it appears, the torch of pushing the envelope has been passed under EYBL leadership. Especially with the league shut down due to COVID-19, a pivot of game-plans was required for every competitive grassroots program in the country. Complacency isn’t an option when kids are being actively recruited, and a time was of the essence.

No one moved quicker than MOKAN Elite.

Case in point: the planning and execution of their recent six day members-only mini-camp.

Similar to every EYBL program, MOKAN’s system is stacked with talented players - and just about every one of their players was in attendance.

The expectation was to see MOKAN’s next crop of talent in action. What they provided was so much more.

And during a pandemic, no less.

Located at MOKAN's practice facility within the campus of T-Mobile just outside of Kansas City, Missouri, MOKAN’s entire coaching staff and player personnel converged for an extensive camp that lasted just under a week. The camp was executed with strict COVID protocol, and the attention to detail regarding their safety measures was a solid indication of how the rest of the camp was operated.

MOKAN Director Matt Suther styled the week-long structure and curriculum around USA basketball’s camp model, and unlike many events in grassroots basketball, this event was kept on a tight schedule. With over 20 coaches in attendance, the camp was executed with hardly a minute of wasted time.

On the second to last day, the MOKAN campers were treated to a zoom call from program alumni and NBA All-Star Trae Young. Young spoke of his experience in the NBA, his time with MOKAN, and much more during the hour-long call. 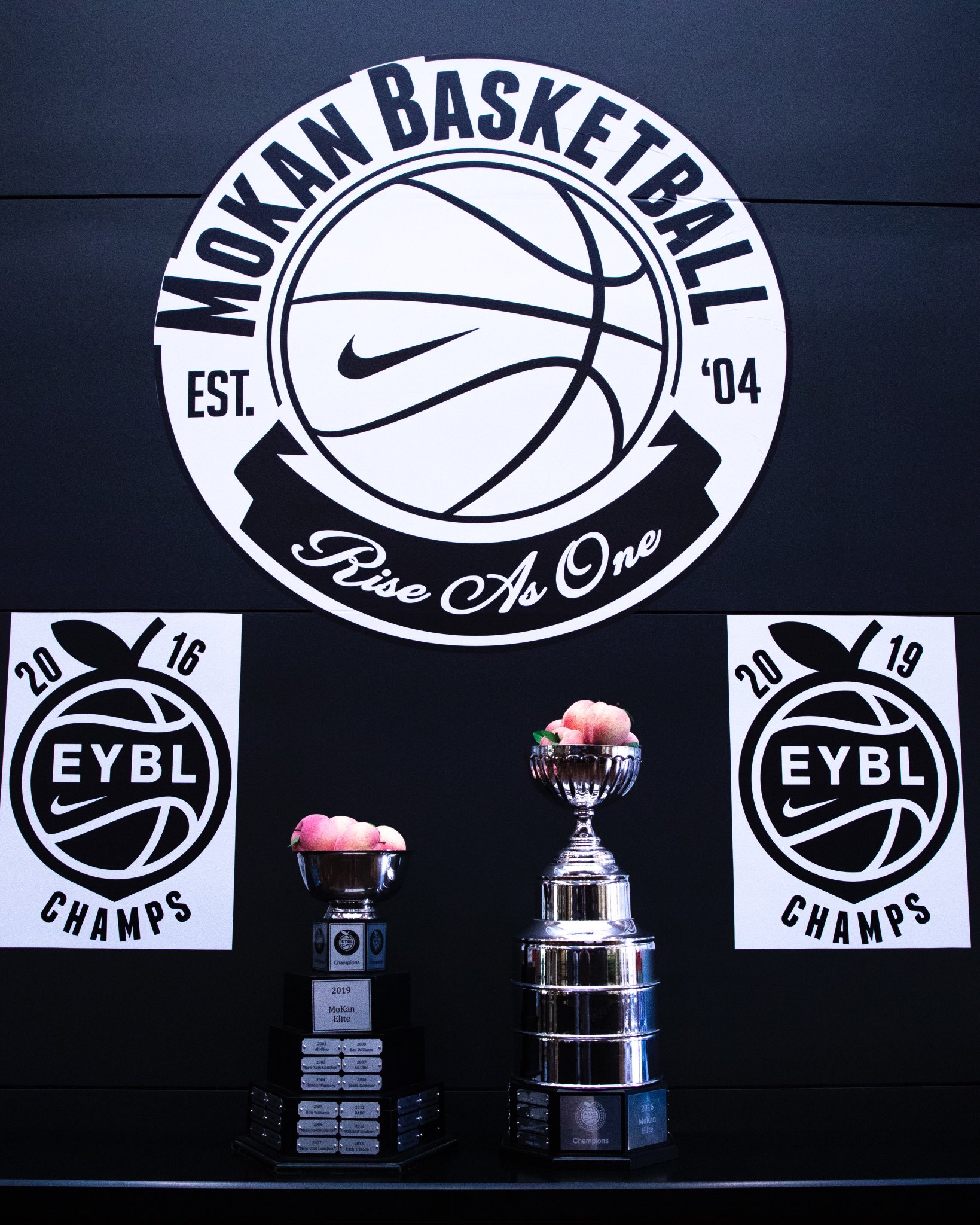 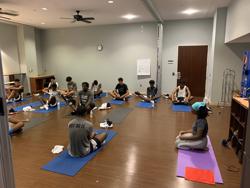 The Atlanta Hawks All-Star was beyond impressed with the mid-July event.

“We didn’t have anything like this,” Young Said, who explained the benefit he saw from playing for the two-time Peach Jam champions.

“(Playing for MOKAN) made college way easier for all of us,” Young said. “The way we practiced, the way we watched film, it prepared me for a lot as a professional. And we did a lot of winning.”

The fun continued last season as MOKAN’s deep and balanced rotation earned them a second Peach Jam title, joining the Oakland Soldiers and Team Takeover as the only programs to win the Super Bowl of grassroots basketball twice. Consensus 2020 5-star prospect Kennedy Chandler was a huge factor in the title chase, and he was about to be joined by the likes of Kendall Brown (TST No. 18, committed to Baylor), Bryce Hopkins (TST No. 34, committed to Louisville), and a slew of additional Division I talent.

As the defending EYBL champs, Suther and company had no time to rest on their laurels - especially during a pandemic.

“Obviously, this has been a unique year due to COVID, but it hasn't changed the mission of our program,” Suther said. “It has been, and will always be, about preparing young men for opportunities at the next level.”

The recipe for proper preparation has been mastered by the MOKAN staff, and they applied their combined experience to create a game-changing opportunity for their players.

“We wanted to create a safe, controlled environment that would allow us to work with them for an extended period of time,” Suther said, who continued to explain why this particular model is relatively unprecedented in grassroots basketball.

“This hasn't been about finding talent like most other ‘camps’,” Suther added. “The purpose of this week has been on teaching, learning and competing. On the court. In the classroom. In the film room. In the weight room. We challenged them both physically and mentally, and they've responded really well.”

The explanation of his players’ response is an understatement. This is a group that was having a blast with one another, and they all spoke about the bond they’re building during this time together.

Part of that bonding process was the zoom call with Young - a program alumni and the perfect model of success for MOKAN’s desired mission. Young’s summary of his playing career at MOKAN says all you need to know.

“If I didn’t have MOKAN...” Young said after a pause to think.

With the way the program is operating, it's a relative certainty that he won’t be the last MOKAN alumni to utter those words.

Academic qualifications have you confused? 🎓 @HonestGameCARES is here to help & has the ANSWER to all of your elig… https://t.co/A4e1KFSe9y

@TeHoliman appreciate you being good at basketball.