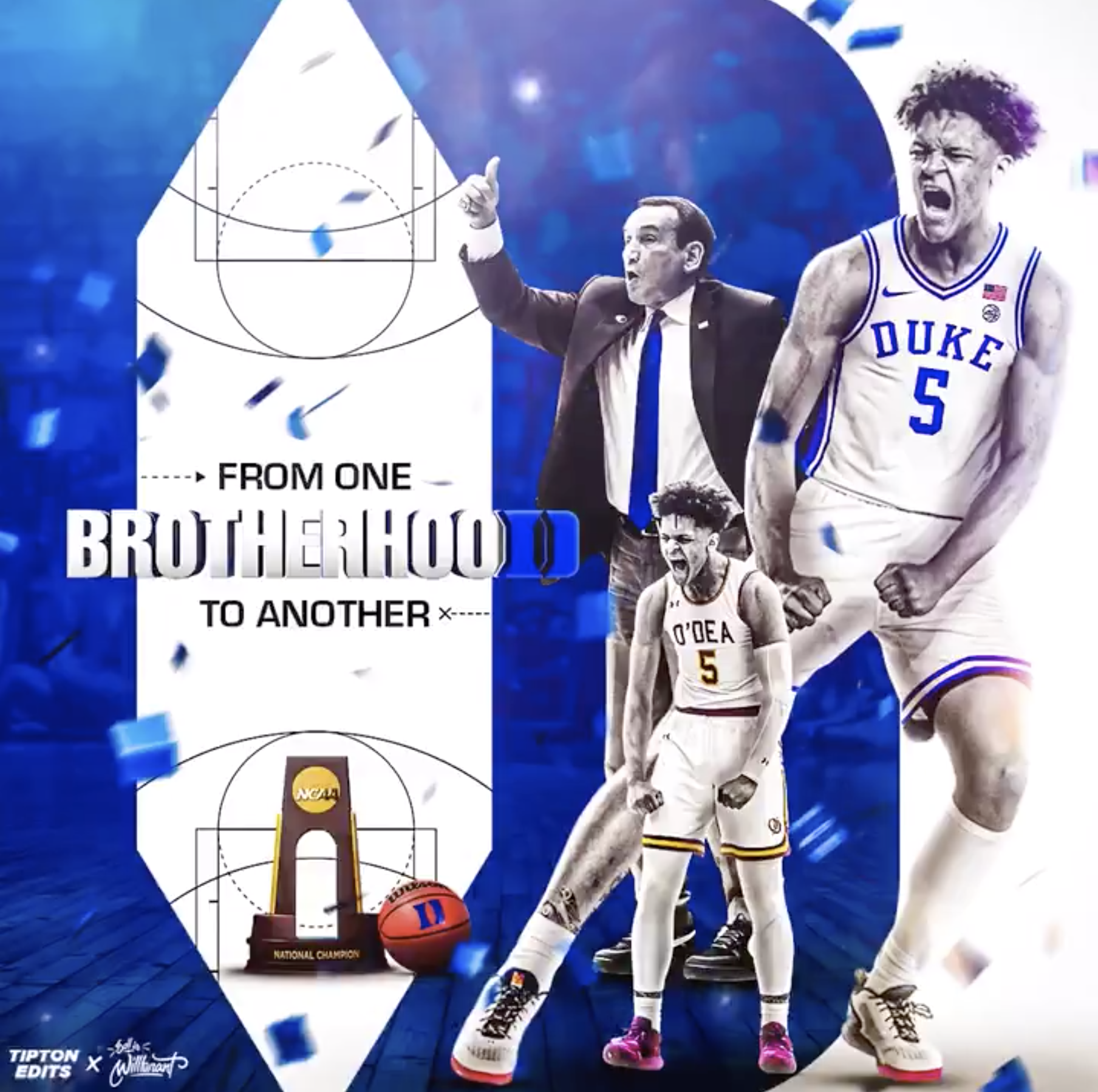 The top-ranked player from the class of 2021 in The Season Ticket's rankings, Paolo Banchero, has committed to Duke University. The Seattle Rotary Style (WA) power forward announced his commitment to play under the legendary Coach Mike Krzyzewski this afternoon. A major pick up for the blue devils, Banchero will thrive in their system with his under the basket skill set, and his ability to stretch the floor with his outside game.

During the 2019 EYBL season, Banchero took home the underclassmen award. Averaging 21.8 PPG, 4.2 APG, 2.4 BPG, while shooting 51.5% from the field, He was almost unstoppable. Making a huge jump from his 2018 EYBL season where he averaged 13.9 PPG, 7.7 RPG and 2.0 APG, it showed that Banchero took a huge leap in improving his all around abilities on the court.

Overall, the Blue Devils have an all round great player and great person coming into their program. Be on the lookout for Banchero in his senior season at O’Dea High School in Seattle, Washington, where you can watch him improve his game even more before hitting the college basketball scene.

RT @isaiahthomas: Surround yourself with people that push you to do and be better. No drama or negativity. Just higher goals and higher mot…

RT @MBrundleF1: I recognise that guy from somewhere 🤔. Congratulations @Pp_doesit and I hope to see you on the Miami F1 grid next year.

RT @TheCircuit: The Circuit Championship is OFFICIAL 💯 @TheMirageLV will host The Circuit On The Strip, featuring 3 courts inside the casi…

RT @TheCircuit: The Circuit League 🏀 2022 Dates Finalizing Soon⏳ Where do YOU want to play? Help us decide our official circuit stops ‼️…