TyTy Washington was nearly unstoppable in week one of The Grind Session Bubble. Leading Compass Prep to a 3-0 record, Washington scored at all three levels at a very high rate, averaging 32.0 PPG, 8.6 RPG & 4.3 APG while shooting 61.6% from the field. In a great game against No. 17 Dream City Christian (AZ), Washington scored 33 points and also hit the go ahead 3-pointer with seconds remaining.

He shot 4-7 from three and 10-19 from the field in the win.  Washington is a true scoring point guard. He knows when he has to take a game over, but also is very good at getting his teammates involved, averaging 4 assists through three games.

His highest-scoring game of the week was against No. 7 West Oaks Academy (FL). He poured in 34 points while leading No. 6 ranked Compass Prep to a very impressive win. The 6-foot-3 guard is also a great rebounder for his position, attacking the defensive glass hard, he created multiple fast break opportunities.

Washington averaged seven rebounds per game to ultimately fill up the shat sheet, with his highest rebounding games stemming from wins against Dream City Christian and West Oaks Academy, which in both games he had 9 rebounds. From the first week, we witnessed the capabilities of TyTy Washington's game, and throughout the rest of the event, he will only continue to open more eyes and improve. 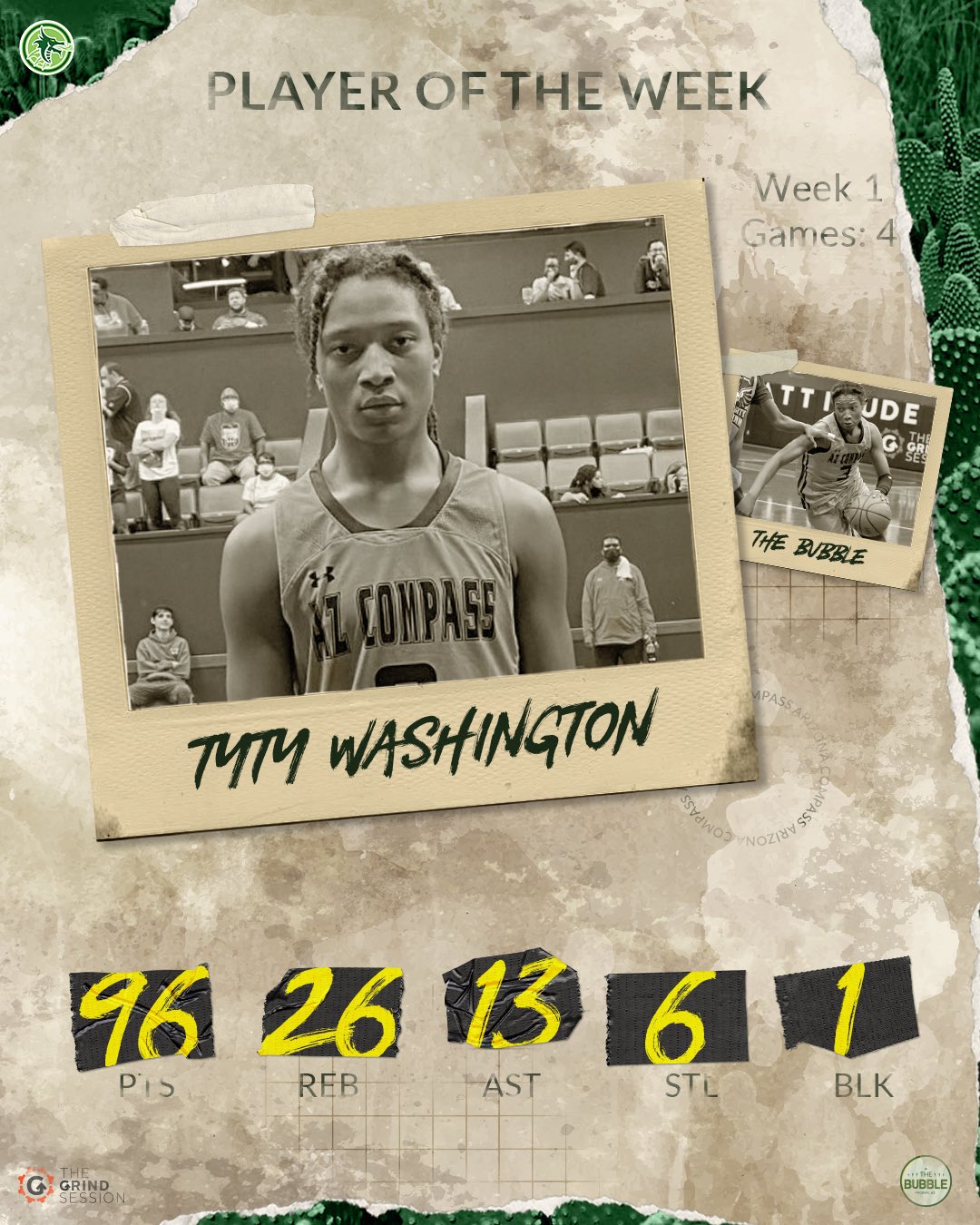