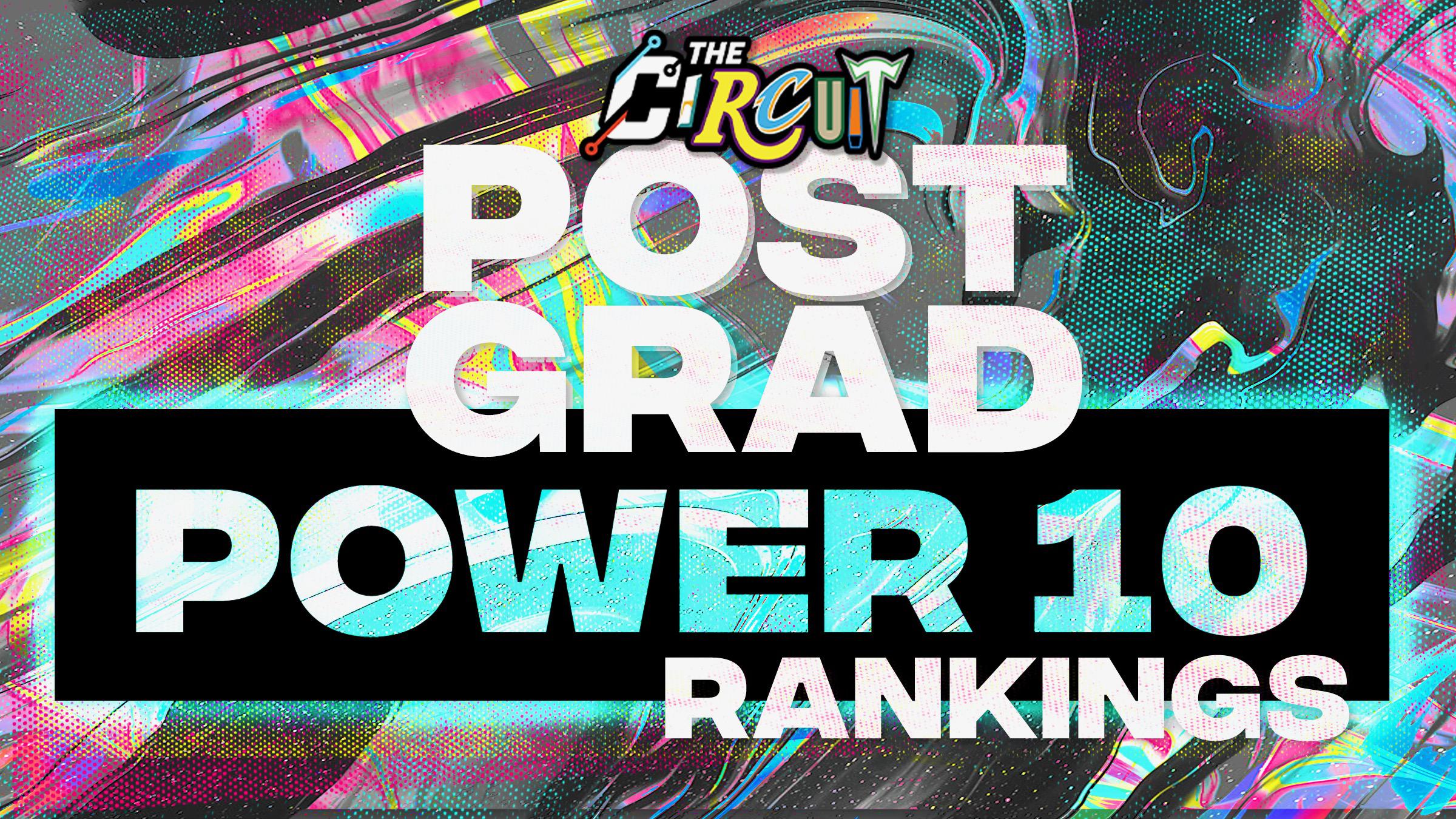 Introducing The Circuit's inaugural 2020-21 National Post-Grad Power 10 rankings. The season has been a challenge, but several of the nation's elite post-graduate units are enjoying plenty of success as they make their way through their national schedules. Check out the top-10 below, and make sure to check back next week for an update of the Post Grad Power 10.

The PG Ascenders are currently 20-0 on the year. Head coach Chad Myers has a wealth of talent at his disposal, led by talented wing and Syracuse commit Benny Williams. The 6-foot-7 swingman is joined by LSU commit and scoring-machine Brandon Murray, as well as unsigned top-50 big men Efton Reid and Charles Bediako. Point guard Lynn Greer III helps pace the Ascenders, while Williams and Murray have handled the majority of the scoring load. Not many post-graduate units can compete with the top-ranked Ascenders, and we expect them to continue their unbeaten streak as we head into March.

Hargrave Military Academy has been rolling in 2020-21, racking up a 20-0 record behind a red-hot offensive unit. The Tiger have scored more than 100 points on 12 separate occasions, and currently average over 112 points per game under head coach Thomas Messinger. Seniors Jackie Johnson and Ijomah Ezuma (13.2 PPG, 78% FG, 9.2 RPG, 2.1 BPG) have been picking up college offers left and right, while fellow seniors Jordan Battle and Tyler Beard have shined in the backcourt. Big men Will Felton (Arizona State commit) and Matt Nunez have also been highly-productive for Messinger's frontcourt, with the latter coming on as an intriguing prospect in the 2022 class. Hargrave will likely cruise into March with an undefeated record, and we will be clamoring for a matchup against No. 1 IMG.

Head coach Rob Johnson has led The Skill Factory. Led by Christian Wright who is averaging 24.8 PPG, TSF has played a tight schedule and remained consistent as they have racked up wins. Wright is one of the most underrated seniors in the country, implementing a dynamic style-of-play that allows his teammates to thrive. These games will test their toughness and playmaking ability. 2021 forward Jalen DeLoach and Chase McKey have been extremely productive throughout the season, and they excel in TST's fast playing-style. Senior guards John Wilson and Kevon Eskridge also thrive in Johnson's system, and both would be difference-makers at the next level. TSF faced several tough early-season games against some high school teams, and they came out victorious in all five exhibitions; Grayson, Hamilton Heights, Wheeler, Pebblebrook, and Combine Academy. 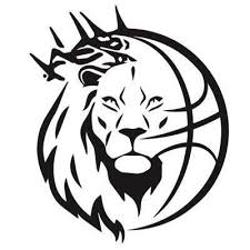 Link Year Prep has a very deep team. They can go into their bench have have many different players produce for them. The Lions are led by New York City native Quran McPherson and Ga'Khari Lacount - a recent Samford-commit - who is averaging 15.5 PPG. The Lions will be one of the hottest teams going into the second half of the season, especially with the assistance of Sunrise Christian transfer Donte Houston Jr. Head coach Adam Donyes challenges his squad frequently throughout the season with the stiffest of JuCo competition, and we expect the Lions to maintain their status as a top-5 team in America.

Liberty Heights has had one of the toughest schedules of any team in the nation this year, and up to this point they have prevailed. Head coach Mike Wright features 7-foot Marquette commit Jonas Aidoo, as well as 2021 prospects Elijah Jamison and PJ Edwards. The trio of Aidoo, Jamison and Edwards control the pulse of this team, and when clicking, they are very difficult to beat.

Scotland Campus got a late start to the season, but head coach Chris Chaney always has his squads ready to compete. 6-foot-9 junior swingman Brandon Huntley-Hatfield leads the Knights, while junior guards Maxime Ekono, Marcus Greene and Sam Ihekwoaba are all generating interest from Division I schools. Throw in Abdoul Halil-Barre and Myron Amey, and you're looking at one of the best teams in the country.

Hillcrest Prep is lead by Mike Foster Jr, one of the most talented players in the class of 2021. The Bruins play more games than anyone in America, which means they have done a lot of winning behind a talented rotation. 6-foot-10, 260-pound big man Duke Brennan has been a big addition to the frontcourt running alongside Foster and LUS commit Bradley Ezewiro. They filter their offense through Foster, and his talent alone makes the Bruins a threat to beat anyone in the country.

Led by point guard Primo Spears and wing AJ Lopez, Mt. Zion currently sits with a 16-3 record.  Head coach Rodrick Harrison preaches defense first, and that's what he is getting from his veteran-laden unit. 6-foot-9 big man Elijah Jones is coming on strong as of late, and Lopez has scored in double-figures in every game but one. 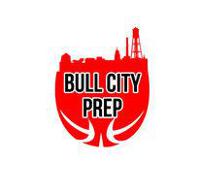 Bull City Prep has had an up-and-down season, but they are playing their best ball of the season behind head coach Darryl Harris. The Bulls are aggressive on both ends of the floor, and are led offensively by 2022 guard LJ Thomas. They like to play fast, and that style-of-play has found them the most success during the 2020-21 campaign. The Bulls love to push the ball in transition and get easy baskets, and on defense they love to press and make teams feel uncomfortable. The Bulls gave top-ranked IMG Academy all they could handle, a game which saw Thomas go 15-for-20 from the field en route to a game-high 36 points. The Bulls lost 86-84, but they cemented themselves as a national player in defeat.

Brewster Academy and Putnam Science Academy have separated themselves as two programs-to-beat at the post-graduate level. Both units have talented rotations, but because of COVID-19, both have been forced out of action so far in 2021. PSA is expected to start play soon, while Brewster has pivoted to intra-squad scrimmages since their NEPSAC conference season has been cancelled. They will begin their season playing against Great Lakes opponents.

Team Durant 16U went 5-0 in their 2021 debut, beating event host E1T1 for the championship 🏆 @TeamDurantAAU will b… https://t.co/NkJndGavQY

The E1T1 Invitational at The Big House is concluding with an epic 16U matchup in play right now 🤯 No. 1 E1T1 Unite… https://t.co/3SlnxkcqIA

Team Final (PA) takes care of business against Team Melo 88-61. A dominant performance for the top-ranked 17U club… https://t.co/c7hBgokpoQ

AAU Set To Return In Full Force This Summer With Revamped World Championships 🌎 @TheCircuitHoops is excited to pa… https://t.co/5YIsO0847M

How Immanuel Quickley and the @NYKnicks Can Help Each Other 🤝 #ST2319's Jordan Foote takes a closer look at the Kn… https://t.co/DM40UTveIt

RT @TheCircuitHoops: Introducing The Circuit Score (TCS) 📊 Our new quadrant-based scoring-system will allow 17U ➕ 16U ➕ 15U teams to earn…