The Grind Session Championship concluded over the weekend, and just like the regular season competition, nearly each and every game was very competitive.

In the end, the nation's top-ranked AZ Compass Prep Dragons played BFL Prep (WA), with the game coming down to the last shot. The Dragons' Josh Uduje played hero, hitting a game-winning 3-pointer as time expired. Compass Prep was crowned champions, but several players earned the right to be chosen to our All-Event team. Below, check out which players stood out over the four-day event. 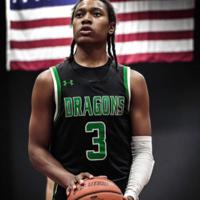 TyTy Washington has been a leader and main source of offense for Compass Prep all season long. TyTy displayed all levels of his game during The Grind Session, and he really stepped it up late in the season, bringing an aggressive style of play and energy to his team. On the offensive end, he was great in pick-and-roll action, and his passing ability has proven to be elite. Washington knocked down perimeter shots with consistency and used his body to create space when attacking the rim. In the final play of the championship game against BFL Prep (WA), Washington made a terrific play, driving to the basket and drawing the attention of the defense only to make the perfect kickout pass to Uduje who knocked down the game winner. Washington has helped Compass Prep (AZ) claim the number one spot in our team rankings and he will try his best to keep it that way for the remainder of the season. Washington recently de-committed from Creighton, and whoever lands his services will get a terrific young prospect. 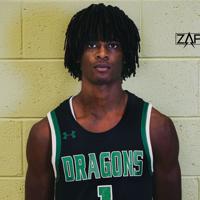 If not for Josh Uduje, who knows if Compass Prep wins The Grind Session. In the final seconds of the championship game against BFL Prep (WA), Uduje put on his cape and played hero, knocking down the game-winning triple. While he certainly came up clutch, it's important to note how crucial he was to the Dragons' success throughout the event. His hard-nosed defense and shot-making ability were on full display during the Dragons' run. Uduje is a winner, and one of the more underrated seniors in the country.

Simply put, Paolo Banchero dominated this past week with BFL Prep (WA). Joining BFL late in the season after his season at O'Dea (WA) was cancelled due to the pandemic, Banchero did not lose a step from the last time he played a live game. Standing at 6-foot-10 with guard-skills, Panchero displayed great ball-handling abilities and consistently scored from all over the court. In his second game of the championship event, Banchero exploded for 41 points, adding 11 rebounds to help lead his team to a win over PHH Prep. Banchero also showed how good of a defender he is, as he has the ability to switch almost everything because of his lateral quickness. He is a matchup nightmare of opponents on the offense end. The Duke pledge will excel at the next level and is likely a future lottery pick. 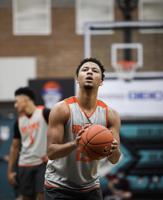 The 2022 6-foot-7 forward is just scratching the surface with his talents on the basketball court. Williams has perfected the art of backing defenders down in the post and being a scoring machine. On the outside, Williams is developing into a consistent shooter. He can make shots from the outside and has the ability to put the ball on the floor when driving to the basket. He made a major impact once he started to play with BFL Prep and will carry this over into the spring and summer.

Recent Illinois-commit RJ Melendez is a unique talent. Standing at 6-foot-7, Melendez is a knock down shooter from three and has the ability to score at all three levels. He uses his length to his advantage both on offense and defense, as he has the ability to shoot over smaller defenders and also guard the 2-4 positions defensively. Melendez gets up and down the floor and fills lanes well in transition. Melendez was terrific with CPCA all season, and he'll likely be an impact player at Illinois. 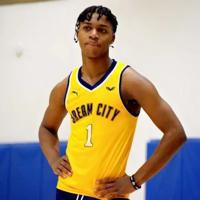 Being the lead guard for the 15th-ranked team in the nation comes with much responsibility, and Jayden Nunn lives up to his role every time he steps on the floor. A true combo guard who has the ability to play off or on the ball, Nunn has many tools when playing offensively. Nunn is a great facilitator and makes smart passes out in the half court. Nunn proved the ability to consistently get a bucket, and put up some major scoring numbers throughout the season. The senior has a very quick first step, and he is great at getting defenders on his hip when attacking the basket. The Iowa State commit will be a pleasant surprise for Cyclone fans. 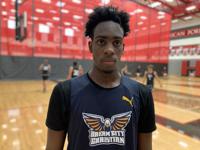 The UNLV-pledge is easily one of the hardest workers in the 2021 class. Kaluma is a great rebounder, using his size and strength to out-muscle the opposition on the glass. He does damage scoring second-chance points and holds the innate ability to impact the game without having plays run for him. Kaluma is a great athlete and plays well above the rim, and he has made massive improvements to his defense throughout the season, both off the catch and off the dribble. He has the ability to post up smaller defenders and score at high rates from the block.  Kaluma has been a major asset to this year's Dream City Christian team and should be a standout as he heads to Vegas for college. 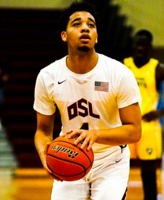 Kansas State-pledge Max Edwards is one of the best athletes from his class.  The lefty wing can create for himself on offense from all three levels. Edwards captured the Slam Dunk championship after his team lost a hard fought-game to AZ Compass Prep. Edwards is a great finisher and uses his strong upper body to finish through contact. Edwards plays at a very good pace and never gets sped up. He was an extremely important piece to OSL for the past two seasons and he should be an effective player in Manhattan, Kansas next fall. 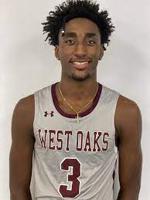 Top 5 ranked sophomore Matthew Bewley had two solid performances for West Oaks. Having 12 points in both games, Bewley was consistent and made shots at a high rate. He never really forces anything, and he has the ability to finish with either hand.. Bewley is one of the best shot blockers in his class, using his timing to alter shots and make every opponent uncomfortable once they get into the paint. Bewley will make some noise this summer running with Team Breakdown (FL) on the UAA Circuit.

Mouhamed Gueye is a rebounding machine, and his abilities were on full display during The Grind Session finals. Gueye goes out every night and works very hard on both ends of the floor, deploying a motor that is noticeably operating at a high level. Gueye is a good shot-blocker and a plus-passer for a player his size.