All eyes are pointed towards Hampton, Virginia this weekend as the inaugural NEYC Boo Williams Super Regional is set to go down.

The NEYC - or National Elite Youth Circuit - will feature all 32-official Girls EYB members for this season. Along with growing excitement that elite tournaments are being played again, this event will provide a good initial head-to-head comparison of these proven organizations for NEYC events later this summer. The talent pool at this event is eye-popping and we look towards who will have our attention.

The Suns have already faired very well in an NEYC event last week going 3-1. Guard Syd Shaw was a big catalyst for them on the scoreboard, but her matchup against recent UCLA commit Paris Clark will surely bring fireworks all over the floor. These teams will be looking to limit scoring opportunities for each other’s top player and rely on their depth to pull this one out.

Cal Stars vs. Their Entire Division

In the NEYC West event, the Cal Stars came away from the title and a 4-0 record including wins over Texas teams ProSkills and CyFair Elite. With early success and playing at such a high collective level, this team will have a big target on their backs. Division members Philly Rise and All Ohio have yet to participate in an NEYC event this season, but will be looking to get off to a strong start with a win over one of the top teams in the standings. Drive Nation has been playing very competitively early in the season and will be a tough out as well.

Chessmatch: Colorado Premier is another team off to a strong start having played well in recent tournaments and securing some hardware. 2022’s #1 overall-ranked player Lauren Betts has been an anchor for her team’s success and will undoubtedly be looked to early and often to get them off to a good start. She is a matchup nightmare and will make their matchup against North Tartan tactically exciting. Nia Holloway and Britt Carlson will be counted on to stop Betts down low, but North Tartan features a strong backcourt led by Mara Braun and Kiani Lockett who can help change the dynamic of the game.

The Southern Starz won their home event and played some outstanding basketball. Their defense was particularly noticeable holding all 4 opponents, including 3 shoe-circuit teams, to under 36 PPG. They will look to continue their stellar play, but they do have the task of shutting down electric guard Kiki Rice for the Fairfax Stars. Rice is a dynamic scoring threat, strong rebounder and tough defender that will give the Southern Starz a fun challenge.

Rice is a dynamic scoring guard, and she is going to be a nightmare to stop for the opposition. She will score in bunches, and her presence makes the Fairfax Stars a tough matchup.

Barker is one of the best players in America, and we expect her to have a monstrous season for Essence. Expect big things from the junior forward.

Clark is a dynamic talent, and Exodus will be handing her the keys to the car. Expect Clark to put up some highlights, and Exodus should find themselves as a contender leaving session one.

Shaw got off to a terrific start in the Sunshine State Invitational, and will look to continue to momentum in the Super Regional. The entire Suns squad is talented, and if Shaw gets going, they are tough to stop.

The No. 1 player in America is set to make her 2021 NEYC debut, and she is worth the price of admission. She's skilled in the post, has great footwork, and is a problem defensively.

Introducing The Invite June 11-12: The Top 14U Teams in the South 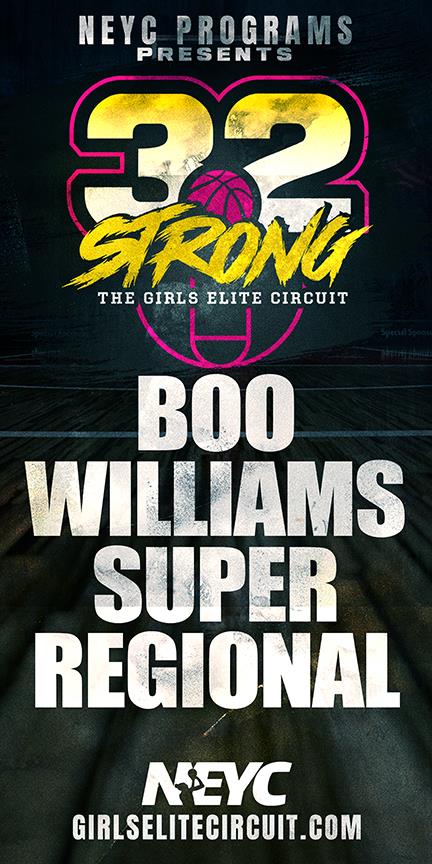