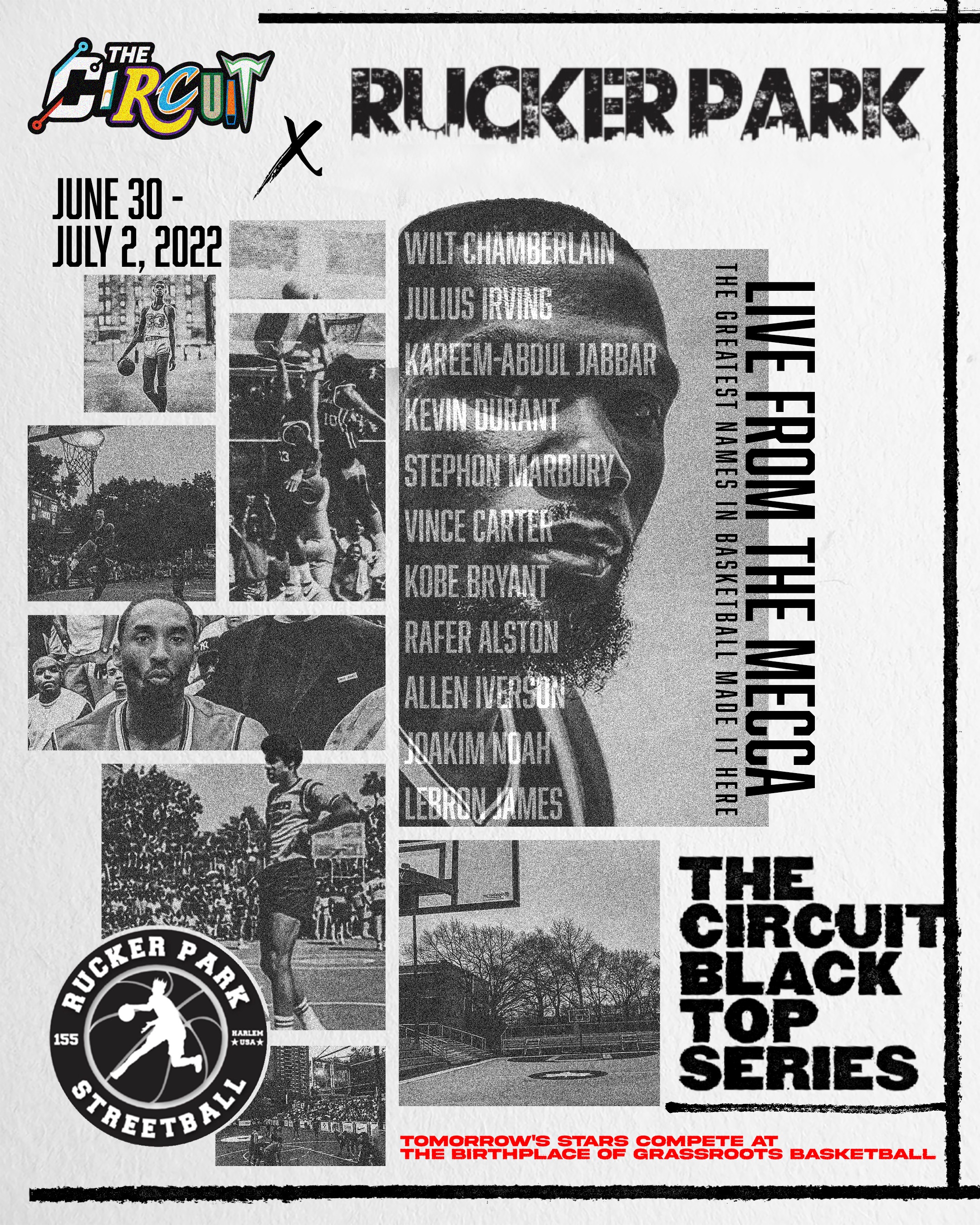 The Circuit Blacktop Series has been made official, and the first stop will be played at one of the most historic basketball courts in the world.

From June 30-July 2, Holcombe Rucker Park in Harlem, New York will play host to a 16-team, invitation-only 17U bracket.

Rucker Park - which has been a basketball proving ground for amateurs and professionals for generations - was recently renovated by the National Basketball Players Association. The park received a $520K upgrade in total, providing a massive face-lift for Greg Marius Court and the Holcombe Rucker Park facility.

Our team at The Circuit will be evaluating throughout The Circuit season to determine official program invitations. Nike EYBL, 3SSB, UAA, and Independent programs participating in The Circuit League  and Circuit Certified events will be considered for official invitations.

The event will also include one all-star game each for the 2024 and 2025 classes. Individual selections for the all-star games will be decided throughout the high school, spring, and summer seasons.

More information on the newly-renovated Holcombe Rucker Park can be found here courtesy of the New York Times.

Additional Blacktop Series will be announced soon. Let us know on Twitter where you want to see us next!

Interested in having your 17U, 16U, and 15U teams participate in The Circuit League this spring and summer? Nominate your program for the 2022 season.

Have a team in the 14U-8U age groups? The JR Circuit will be debuting in January 2022. Nominate your program here.

The Compass Classic pres. by The Circuit set for November 5-7

2021 Battle in the Bluff Teams Announced

Hoophall West to Return This December