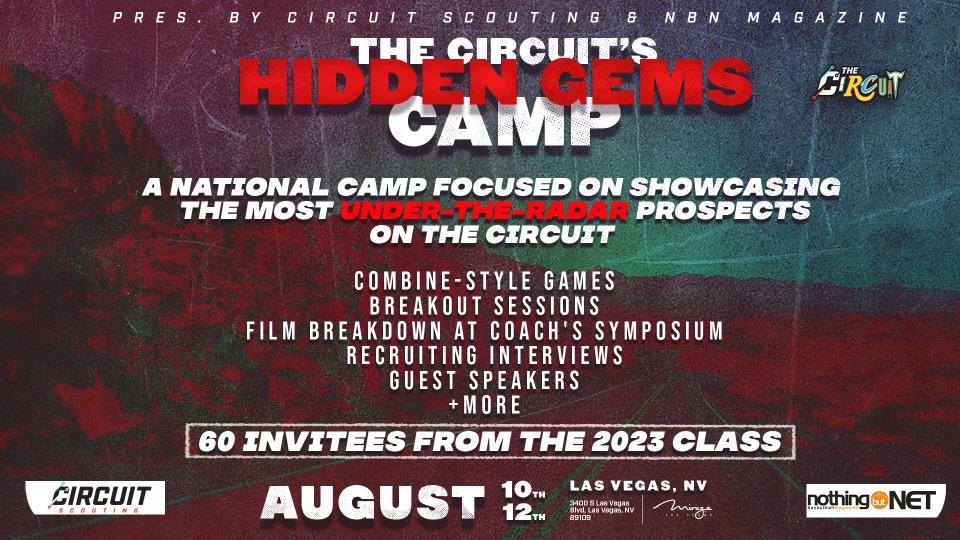 During August 10-13, over 150 teams will converge inside The Mirage Grand Ballroom and LV Basketball Center in Las Vegas, Nevada to compete for The Circuit On The Strip Championship.

As of today, we’re thrilled to announce 60 of the most underrated prospects in the 2023 class will be joining them.

The Circuit’s Hidden Gems Camp will be a 3-day, invitation-only player camp focused on showcasing the most under-the-radar prospects on the circuit. The camp will be led by a soon-to-be-announced team featuring some of the best trainers in the country, and will feature players from the EYBL, 3SSB, UAA, UA Rise, and Independent programs.

Taking place concurrently with The Circuit Championship, the Circuit's Hidden Gems Camp will be in action August 10-12 inside The Mirage Grand Ballroom. The 3-day camp will include the following:

Know a player in the 2023 class worthy of an invitation? Click below to nominate a player.